Valladolid, Spain -- Even though she's one of millions of young, unemployed Spaniards, 22-year-old Silvia Martin takes comfort in knowing that her bank is still standing behind her. It isn't a lending institution, but rather a time bank whose nearly 400 members barter their services by the hour.

Ms. Martin, who doesn't own a car and can't afford taxis, has relied on other time-bank members to give her lifts around town for her odd jobs and errands, as well as to help with house repairs. In return, she has cared for members' elderly relatives, organized children's parties and even hauled boxes for a member moving to a new house.

The time bank not only saves her cash, she says, but also lifts her spirits by making her feel "part of a community that's taking some positive action during hard times."

As Europe's leaders struggle with a five-year-old economic crunch that has saddled Spain with the industrialized world's highest jobless rate, young Spaniards are increasingly embracing such bottom-up self-help initiatives to cope. The diverse measures -- some commonly associated with rural or disaster-zone economies -- supplement a public safety net that is fraying under government austerity programs.

Besides time banks, they include barter markets springing up in barrios, local currencies designed to spur the flagging retail economy, and charity networks that repurpose discarded goods.

The growth of time banks revives a concept pioneered by 19th-century anarchists and socialists in the U.S. and Europe, who wanted to test their philosophy that prices of goods and services should more closely reflect the labor involved in producing them. The number of such banks in Spain -- some run by neighborhood associations, others by local governments -- has nearly doubled to 291 over the past two years, according to a survey by Julio Gisbert, a banker who runs a website called Vivir Sin Empleo, or Living Without Work, that tracks mutual-aid initiatives.

Some economists worry that the rise of such informal systems of economic exchange is pushing more of Spain's economy underground -- out of the view of regulators and tax collectors, and effectively sending the country back in time developmentally.

"It's a step backward not only for a euro country, but also for a developed country," says Jose Garcia Montalvo, an economics professor at the University of Pompeu Fabra in Barcelona.

Banks and social currencies, he says, can backfire on the broader economy since the income received from such arrangements often goes undeclared, therefore depriving the government of tax revenue. Social currencies and time banks also preclude taking on debt, adds Mr. Garcia Montalvo, which in moderate levels can help people start businesses and access beneficial goods and services that they can't afford upfront.

Others, though, say the measures represent a significant stabilizing force in society. For "people who can't find work, these kinds of possibilities of exchanges and mutual help can help make bearable a situation that otherwise would be unsustainable," says Jose Luis Alvarez Arce, director of the economics department at the University of Navarra.

Similar efforts are also emerging in Southern Europe's other troubled economies. In Greece, for example, hundreds of people in one town use a currency called the TEM, which stands for a local alternative unit.

Time banks in Modena, Italy, and elsewhere in the country have mobilized to help people affected by earthquakes there earlier this year. Spain's economy has been in dire shape since a real-estate bubble burst in 2008. Unemployment hit a record of nearly 25% in the second quarter, and the government sees the economic contraction continuing into next year.

Meanwhile, Spain's public-assistance system has been battered by national and state budget cuts aimed at soothing financial markets. As jobless benefits run out for long-term unemployed, the percentage of out-of-work Spaniards receiving assistance has fallen to 65% from 78% in 2010. Last month, the national government announced the most severe budget austerity plan in the country's modern history.

The crisis has been an especially tough blow to people in their 20s and 30s, who came of age in a period of democracy and prosperity following the death of Spanish dictator Francisco Franco in 1975. They were the first Spaniards to enjoy the fruits of a strong welfare state that included universal health care, accessible higher education and generous worker protections, says Rodolfo Gutierrez, a sociologist at the University of Oviedo.

They watched their parents' living standards rise dramatically, and entered the workforce in the late 1990s and early 2000s, when jobs were plentiful and credit and consumer goods readily obtainable, he says.

Half of the young unemployed have been seeking work for at least a year, according to Spain's national statistics bureau, and the few jobs that are available are often low-paying, temporary positions. The number of people in their 20s and early 30s who live with their parents began to tick up in the past 12 months after declining for years.

"It's not a lost generation, it's a frustrated one," says Jose Ortuno, a 35-year-old film writer and director. He recently made an animated Web series called "Treintaneros," or Thirtysomethings, featuring a fast-food worker, Pedro, with four college degrees who represents a generation "living off their parents until they can afford to live off their children," Mr. Ortuno says.

Amid flagging faith in efforts to shore up the euro, Spain is witnessing a surge in local currencies. "It's increasingly hard for anyone in my generation to have much confidence in the euro or the authorities controlling it," says Eduard Folch, 28, a Web page designer in the Catalonia region. A couple of months ago, he and some friends decided to launch their own currency, the eco. Desperate for money of any kind, a score of businesses and two town governments in the area have agreed to accept the eco, which is exchangeable through checks, electronic payments and even a smartphone app.

Spaniards are also bartering goods -- say, books or furniture in exchange for fresh produce -- at markets that are being organized in seemingly every neighborhood. In the Catalonia region alone, 60 barter markets have been held during the first seven months of this year, three times as many as there were during all of 2007, according to Intercanvis.net, a website tracking the barter economy.

A growing number of Spain's young people are visiting websites like No lo Tiro, I Won't Throw it Out, a three-year-old site similar to Freecycle that connects people who want to give an item away with those who need it. About 6,000 to 10,000 items a month -- everything from automobiles to mother's milk -- change hands on the site, whose target audience is unemployed women in their 30s, says Daniel Remeseiro, 39, the site's founder.

"I think the model of the welfare state has reached its limit, and it's up to individual members of society to pull our chestnuts out of the fire," says Laia Serrano, 38, an economist who in September 2011 created a nonprofit organization called BarcelonActua, Barcelona Acts, which connects those in need with people who can donate a good or service. Ms. Serrano says she was moved to action during Christmas of 2010 while listening to a radio program in which an unknown good Samaritan called in to invite down-on-their-luck listeners to share the holidays at her house.

Spaniards on tight budgets are also tapping online resources like Sindinero, Without Money, a site whose estimated 10,000 daily readers learn tips like how to make a mosquito trap out of a soft-drink bottle, or where there are public offices offering free Wi-Fi and air conditioning.

Of course, even the architects of these self-help actions recognize that they won't solve the fundamental problems of the euro or bring long-term stability to the Spanish economy.

"We are inside of a pressure cooker, and all we can do is let some steam off so it doesn't explode," says Francisco Romero, head of the municipal employment office in the town Totana, which has launched an urban gardening project, a barter market and a local currency to help its jobless youth.

Carlos Bravo, a 35-year-old information technician who helped launched a small bank in central Madrid this year, says time banks have a different sort of value: helping urban Spaniards rekindle a sense of closeness among neighbors that facilitates asking for favors and other forms of mutual assistance.

"They're people you can count on," he says. "And in this time of economic crisis, for people who lack the resources to get things on their own, they know there are people here to give a helping hand."

The Valladolid Time Bank, started by the city government just before the crisis started, has attracted more and younger members with the crumbling of Spain's economy. The new unemployed appreciate the bank's egalitarian ethos, says 32-year-old administrator Juan Manuel Primo. "Everyone's hour has the same value here," he says: An hour's labor by a seamstress is worth as much as that of a lawyer. Members write one another invoices for services rendered. Every month, Mr. Primo enters the invoice data into his computer to track how many hours each member has given and taken. He doesn't allow imbalances greater than 20 hours in either direction.

"Having a network of support like this is really important at a time when you're vulnerable," says Alessandra Melis, 30, who recently lost her housekeeping job after her employers were themselves laid off. She has been using the bank to get rides for her errands around town, in exchange for offering cooking lessons and dog walking services.

When a hair stylist who belonged to the bank had to shut down his slumping salon not long ago, he was able to count on meals and other necessities from members in return for cuts.

On a recent morning in the town library, bank member Cristina Altable, 38, was teaching English to Camila Gil, 17, whose mother pays for the lessons by doing ironing and cleaning for other members. In return, Ms. Altable has gotten Pilates classes, and is now having a graphic designer in the bank jazz up her resume.

"In this economy, the resume has to be perfect," says Ms. Altable, who has been struggling to re-enter the job market after leaving an administrative job a few years ago to have a baby. Ms. Altable, who has degrees in English and commerce, says she hopes a more polished resume does the trick. After repeated rebuffs, she says she'd even consider working at McDonald's.

Ms. Martin, the unemployed 22-year-old, says she has struggled to find work in the career she studied for, caring for the physically incapacitated, and has had to settle for temporary jobs. She adds that it is dispiriting seeing her friends with degrees emigrating or working at very menial jobs. 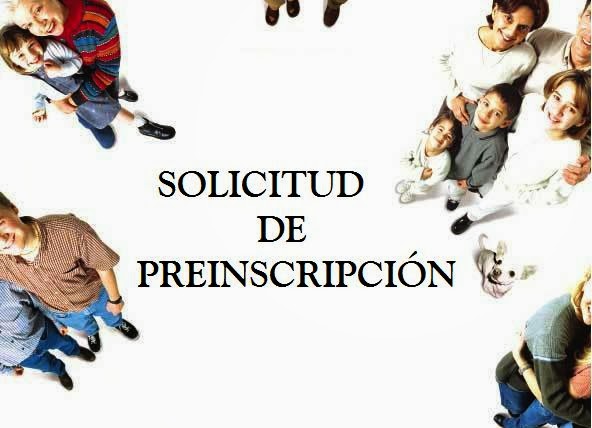 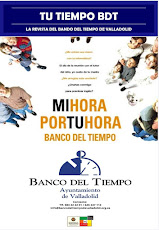 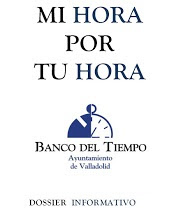